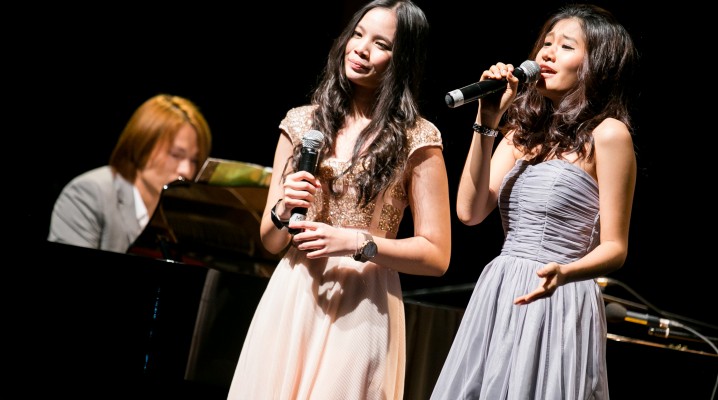 Getting to know me :)

on August 8 | in Blogs, Vocal | by Jay Veerayano | with Comments Off

Jay Veerayano is a renowned vocal teacher, singer-songwriter, based in Bangkok, Thailand. Since 1999, he began working professionally as a vocal teacher. He signed with GMM Grammy in 2002, Thailand largest record label and entertainment company.
At Grammy, he oversees a part of its artist development program, new artists recruitment, teacher training and curriculum development. Jay is known for inspiring young artists.

As one of the most successful vocal teachers in Thailand, he was awarded with The Excellence In Music Teaching Award for Pop Rock Vocals from the Trinity College London in 2019. Jay’s students have become popular recording artists, won national and international singing contests, scholarships of prestigious music colleges, and landed roles on TV shows on a major network like NBC and on several Broadway shows such as Miss Saigon and Beauty and the Beast, and Trevor, The Musical. He helped discover, train and launch the careers of many GMM Grammy’s performing and recording artists that have hits after hits on the charts. His vision is to help lift the standard of Thai singers to international levels.

Jay has conducted many international vocal workshops in Los Angeles, New York, Mainland China. He also had the opportunity to co -teach with American Idol vocal coach, Peisha and Adriana McPhee in the intensive artist bootcamp in Los Angeles.
And he was also graciously offered by FOX network new TV show “I can see your voice” earlier in February, 2020, to be the vocal coach in the show but due the covid-19 pandemic. He had to turn it down.

As a performer and music producer, Jay has written and produced many pop songs in both Thai and English. You can find his original music on all digital platforms. He is currently working on finishing his new album.
One of the proudest things he has done as a performer is that he has been a part of the annual fundraising concert that continues to contribute to Thai Red Cross for more than 3 million US dollars.

Jay travels across Thailand to conduct vocal workshops and seminars for schools and universities as a part of his community outreach program to help improve the quality of vocal education in Thailand.

Jay is proud to be certified as a mentor Instructor and the Ambassador of an international vocal instructors organization, the Institute for Vocal Advancement.
The level that takes at least 9 years of rigorous vocal training, vocal pedagogy, vocal seminars and workshops, along with annual vocal test and teaching test to complete to be certified. The first person in Asia to ever do so. He has trained with world class voice teachers, such as Seth Riggs, Greg Enriquez, Spencer Welch, Jeffrey Skouson, Kathy Kennedy, Linda Tomkinson, Stephanie Borm-Krueger, Monique Thomas, Peisha McPhee, and many more.
And he also holds the Speech Level Singing Instructor Certificate Level 4.

To get the preferred time on my busy schedule, please contact me directly at, jayaccba@yahoo.com or jayveerayano@me.com and note that you are from IVA.

« สัมภาษณ์พิม ZAZA How should we practice singing? by Jay Veerayano »